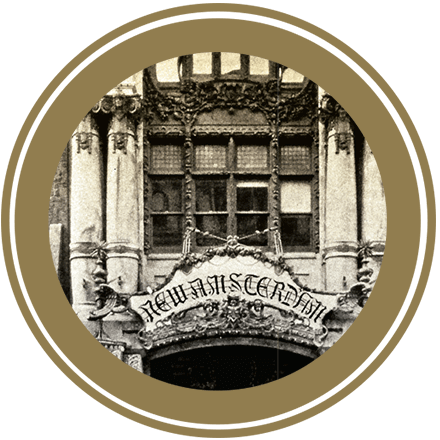 The New Amsterdam Theatre opens her doors and is immediately hailed as New York City’s most beautiful buildings.

On October 26, 1903, the opening of the New Amsterdam Theatre was a highly anticipated New York City event. Designers Henry Herts and Hugh Tallent set out to build the most spectacular theatre in New York. They were so confident in their endeavor that they designed the theatre’s interior specifically for her inaugural production of A Midsummer Night’s Dream. The following morning’s review in The New York Times spoke little of the play, but hailed the New Amsterdam Theatre as “The House Beautiful,”a nickname that still holds true today. Over 113 years later, the New Amsterdam is the oldest operating theatre of Broadway and an official New York City landmark.

The lobby of the New Amsterdam Theatre features marble wall sculptures depicting moments from great Shakespearean plays as well as scenes from Wagner’s Ring cycle operas. This design theme continues into the house where Shakespearean characters blend with iconic literary figures from Hans Christian Anderson, Aesop’s Fables and classic myths. The wall on the right as you enter features some of the great stars who graced the New Amsterdam stage including Will Rogers, W.C. Fields, Fanny Bryce, and Eddie Cantor. Hanging center is the great theatrical impresario Florenz Ziegfeld, famed producer of The Ziegfeld Follies. 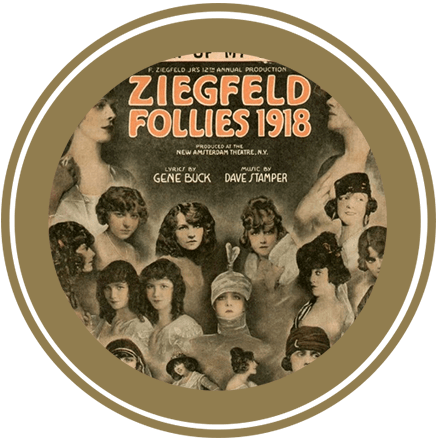 The Ziegfeld Follies opens and becomes the height of theatrical entertainment. Iterations of The Follies will run for over 14 years at The New Amsterdam Theater.

When the curtain went up in June of 1913, it was the start of a brilliant new chapter in the New Amsterdam Theatre’s history. For the next 14 years, The Ziegfeld Follies was synonymous with “The House Beautiful,” featuring spectacular sets, lavish costumes and the biggest stars of the day. The main attraction however, was the long line of beautiful chorus girls handpickede by Florenz Ziegfeld to ornament these musical extravaganzas. Never before had Broadway seen more vast or opulent productions. 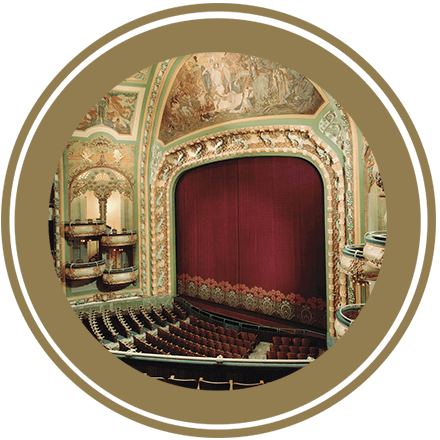 The Great Depression triggers the gradual decline of The New Amsterdam Theatre. Over the next 5 decades it will fall into complete despair. 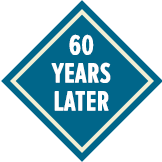 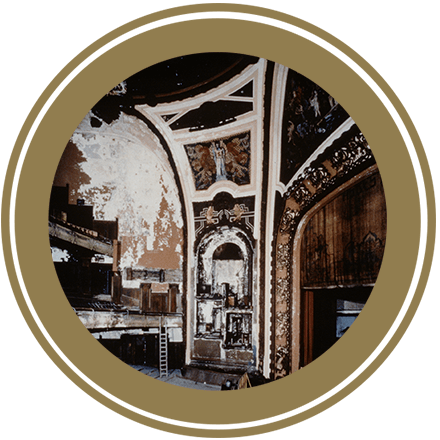 The Walt Disney Company signs a 99-year lease on the New Amsterdam Theatre and begins the 2-year restoration in partnership with the City of New York.

Like all famous theatres, the New Amsterdam is haunted by a mischievous and elusive spirit. Chorus girl Olive Thomas was one of the most beautiful Ziegfeld girls to grace the line, but her looks and fame would soon come to a tragic end. In 1920 she died suddenly of mercury poisoning. It remains unclear if her death was accidental, an act of suicide, or even murder. Olive’s friendly soul has made a permanent home in a place she loved; the New Amsterdam Theatre. She has been spotted gliding across the stage as she did in life, blowing kisses to an invisible audience. 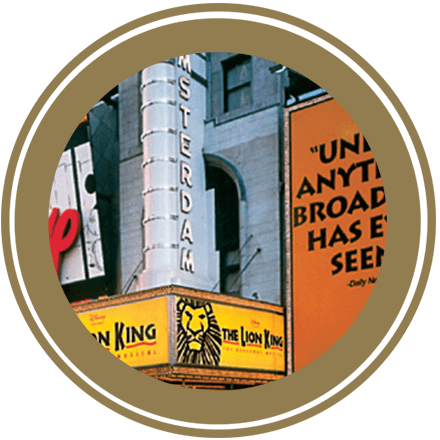 The New Amsterdam Theatre reopens with the premiere of Disney’s animated film, Hercules. Later that year it will become the original home of the highest grossing musical of all time, The Lion King.

In the early 1990’s the 42nd Street Development Corporation was formed to rejuvenate the theatres of Times Square. The New Amsterdam was in the worst shape by far as decades of abuse and neglect left her thoroughly dilapidated. Having recently opened its first hit musical, Beauty and the Beast, The Walt Disney Company was looking for a permanent home on Broadway for its future theatrical enterprises, making it an ideal partner for the restoration. The task however, seemed insurmountable. The boxes on either side of her proscenium had been torn out. The ceiling had collapsed and years of rain and snow had deposited over two feet of standing water in the basement. Mushrooms the size of dinner plates were growing throughout the house, and once spectacular murals and sculptures were marred beyond recognition. It took a team of over 400 expert engineers, plasterers, painters, and technicians to restore the theatre back to her origional glory. 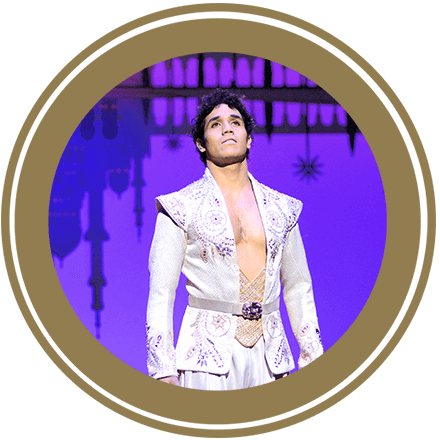 Aladdin opens at the New Amsterdam Theatre, becoming the third production to play her stage, and now one of Broadway’s biggest blockbusters.